If you meet the Buddha in the lane, feed him the ball 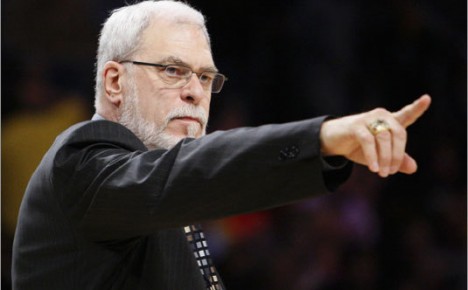 Phil Jackson is no doubt one of the greatest coaches in the history of basketball. But saying just that, would fail him. The man who won six NBA titles with the Chicago Bulls and another five with the Los Angeles Lakers is correctly considered one of the most outstanding sports coaches of the last decades. He published two books, ‘Sacred Hoops’  and ‘Eleven rings’ and worked with the best players and the biggest egos in American basketball. Michael Jordan, Kobe Bryant, Shaquille O’Neill, Scottie Pippon and Dennis Rodman became NBA champions with Jackson as their coach. He helped them become better players and human beings and he was able to build a team with and around them. Especially his relationship with Michael Jordan is still one of great respect. Although retired since 2011, he is still known worldwide for the use of the so-called ‘triangle offence tactics’(*see under) and even more for his Zen approach and holistic way of coaching and motivating, which earned him the nickname Zenmaster.

We at the Quan praise him especially for one of the best sports quotes in history. Anyone who says ‘If you meet the Buddha in the lane, feed him the ball’, is a hero. No doubt. But Jackson did more important things of course. He directed his players to act with a clear mind (not thinking, just doing), he taught them about respect for the enemy and how to be aggressive without anger or violence. He told his players about living in the moment and staying calmly focused in the midst of chaos. But maybe the most important vision he had on teamwork was ‘putting the me in the service of the we’ .

About this he said in an interview in enlightenNext magazine: ‘selflessness is the soul of teamwork. We have a practical rule in our game: when you stop the basketball, when it resides in your presence and you hold it for longer than two counts, you’ve destroyed our rhythm. When the ball is in your hands, you become the focal point. And when you become the focus, our system breaks down. It’s that simple. Suddenly the defense can catch up, and the spacing is destroyed. So it’s the unselfish players (those who are more interested in reading what’s happening and keeping the flow going on the floor) who are the most valuable players that you have. They may only be averaging seven points a game, four points a game, or whatever, but their ability to play in a selfless manner gives the team its real opportunities. In those individuals, the power of we instead of me is more advanced. They feel more responsibility to the group, and that’s why you are better off with maybe two very, very talented and perhaps selfish people on the team than five or six or seven. That’s why teams that are less talented but more selfless and group-oriented can have more success’.

All the coaching lessons Jackson gave to his players are of course applicable to any person’s life, not just to professional basketball players. Phil Jackson was merely teaching the good things to his talents. He was the one who said: ‘always keep an open mind and a compassionate heart’. He was nevertheless far from soft, he won 11 NBA titles (!) and showed us that with a good heart you can still be very strong. Jackson implemented different approaches to coaching and stood at the edge of new developments in his field. We at the Quan have ultimate respect for people like Phil Jackson. 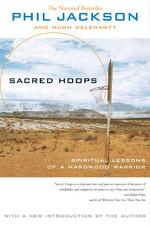 *The system’s most important feature is the sideline triangle created by the center, who stands at the low post, the forward at the wing, and the guard at the corner. The team’s other guard stands at the top of the key and the weak-side forward is on the weak-side high-post, together forming the ‘two-man game’. The goal of the offense is to fill those five spots, which creates good spacing between players and allows each one to pass to four teammates. Every pass and cut has a purpose and everything is dictated by the defense (wikipedia).