Kids at the Turntable are growing up 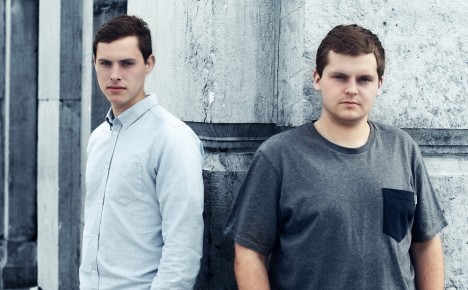 Kids at the Turntable (their real names are Thomas and Christophe) started spinnin’ when they were both 14 years old.  Now more than half a decade later, the Belgium tech-house duo from Brussels has grown up, but decided to keep on their name in order to get to the top of the Belgium DJ scene first and then of the international scene. Playing at Tomorrowland last year did boost their name, but that doesn’t mean they’re only about that. Attending a gig of this young and very talented DJ act, means inhaling energy and fun.  At the stage they not only make people move instantly to their always surprising and energetic sets, but what strikes most is their positive energy that they shoot at the fans and that makes everybody happy at the party.

According tot their Dutch manager Henk-Maarten Chin of CiC group, these youngsters are about to take over the world in their genre. ‘It is not a coincidence that they won the DJ contest that gave them access to the Tomorrowland stage.  They are very talented indeed. However, after Tomorrowland they progressed even further and now they are ready for the big stages in the world. They did already pretty big gigs besides Tomorrowland. They played for example Studio 80 Amsterdam, Houza palooza festival, Qult Amsterdam ADE, Café d’Anvers, Decadance, Wood and Antwerpen Open Air. This summer they go on tour in Holland, Spain and Canada and they are about to record a brand new EP. I expect a lot from these guys in the near future and they belong to our generation of talented and upcoming DJs’.