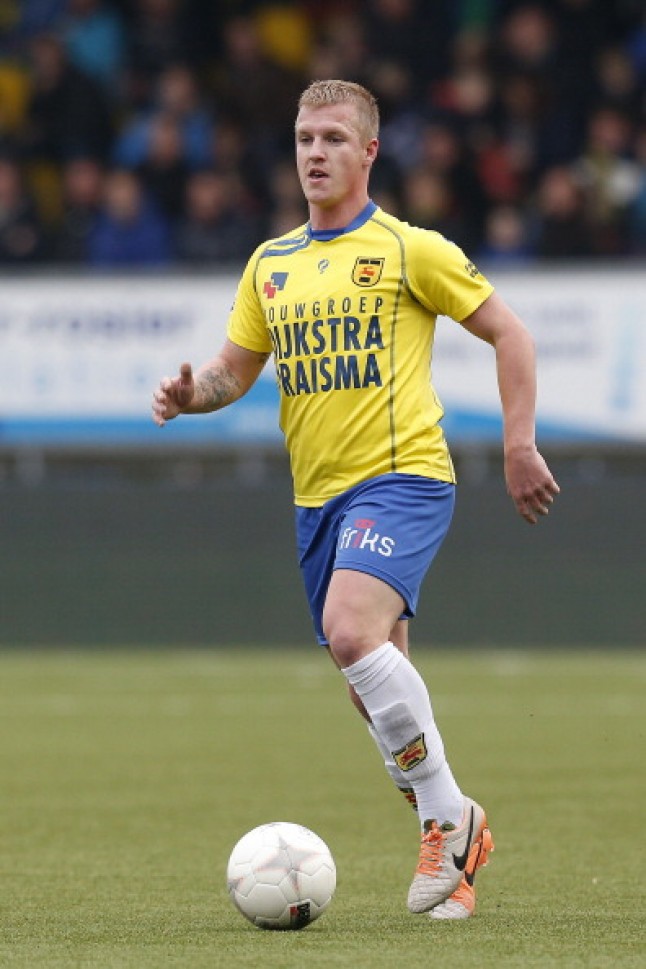 Martijn van der Laan has won the Silver Shoe. He is second best player of the Dutch Eredivisie  2013-2014, just behind the winner of the Golden Shoe Daley Blind. The friendly defender who is currently playing for FC Groningen after making a transfer from SC Cambuur this summer, received the price at the prestigious yearly Telesport National Football Gala in Studio 21 in Hilversum last Monday. Martijn played very well last season and proved to be of great value for his former club, game after game. It was a close call, with Martijn van der Laan, Lex Immers (Feyenoord), Ramon Leeuwin (also Cambuur) and Daley Blind (Ajax) having the same amount of points with one game to go, with Daley Blind coming out as winner of the Golden Shoe after the last game. Other prices at the Gala went to Davy Klaassen (Ajax) best talent, Louis van Gaal (former National coach and now Manchester United manager), Pieter Vink (best referee)  price for his career and Lex Immers and Ramon Leeuwin also both Silver Shoe with the same amount of points as Martijn.