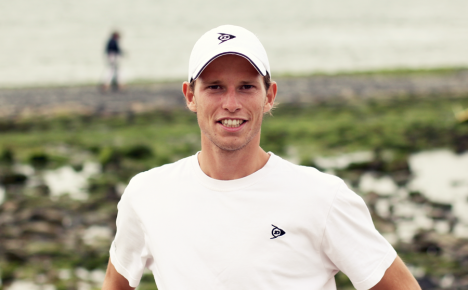 In this section of the blog, both Andrew and Henk-Maarten will share their knowledge, insights and discoveries about the one thing that fascinates them the most: The psychology behind peak performance.

We kick off by congratulating full-time professional tennis player Miliaan Niesten on winning the $10.000 Future in Hong Kong just before the end of 2012. Miliaan was there to play three futures. After losing the first two, he expressed his disappointment to his coach Henk-Maarten Chin. “Remember to enjoy the fact that you are in Hong Kong playing the game of tennis you love so much. You have the best job in the world.”, Henk-Maarten said to Miliaan. “From this moment on you will take it one game at a time, one ball at a time.” Miliaan was clearly too focused on the results. The third and last Future started off well because Miliaan was enjoying himself again.

But there was another challenge; he was really tired after having just played two tournaments thousands of miles away from home. “I was really trying to make every ball as effective as possible to save energy. That meant taking more risks. But the risks paid off so it was a lot of fun.”

When Miliaan reached the finals, he was completely drained. “I had no idea where I was going to find the energy to play.” When talking to his coach in search of some motivating words or cheer, Henk-Maarten simply told Miliaan: “Well, considering the circumstances, you are probably going to lose.” A risky, but genius move resulting in a victory for Miliaan. “I walked on the court, not knowing if I would even make it to the end. But I was relaxed. I was at peace because I had no expectations and I think that made all the difference in the world.”