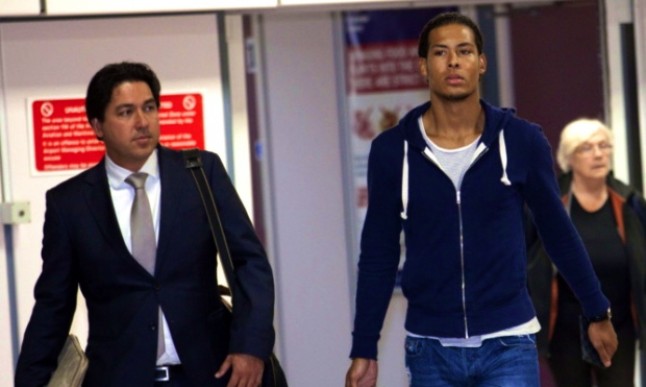 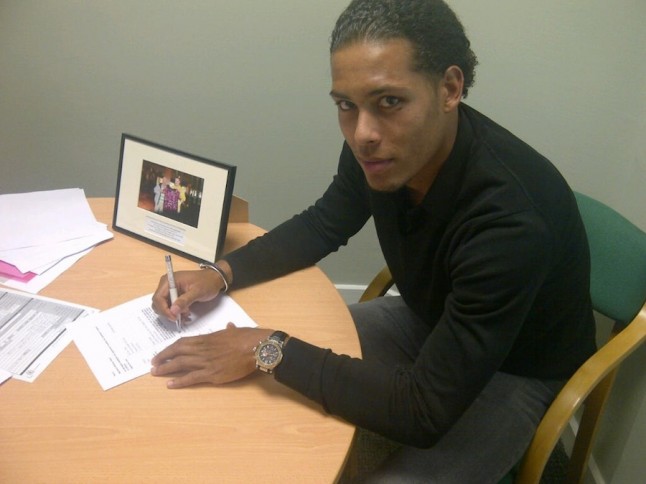 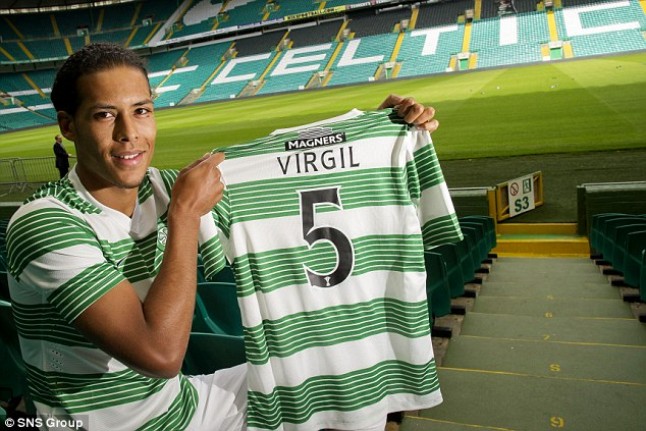 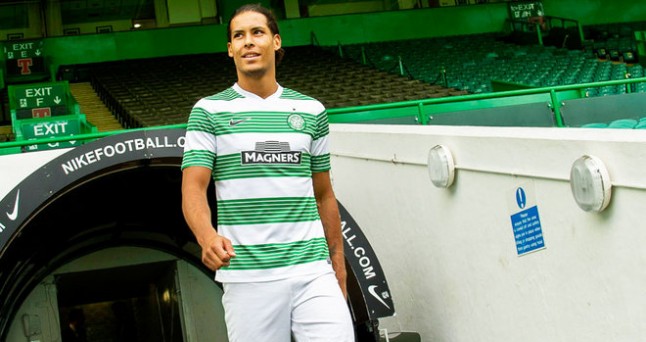 Next step up in a rapid career 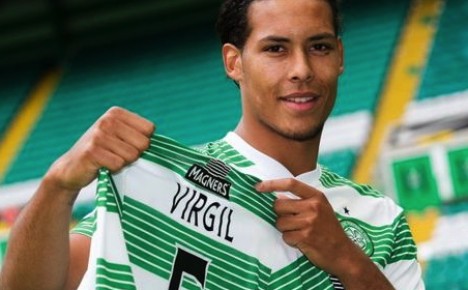 Virgil van Dijk just made a move to Celtic FC. The tall, strong and very talented central defender  transferred from FC Groningen to the champion of Scotland last month. Here is the background story.

It was the middle of november 2009 when Virgil van Dijk was scouted by FC Groningen. The young defender played for Willem II  u19 in Tilburg at that time, lived in Breda en had no contract. After notified by Henk-Maarten Chin, the agent of van Dijk,  Henk Veldmate, technical director of FC Groningen went to see the young player. He was immediately impressed by his performance. It took just four weeks before FC Groningen offered the young Virgil a 2-year contract.

So in the summer of 2010 van Dijk joined the second team of FC Groningen, immediately starting with a 5 week injury. It was a rough period for the defender. He just moved from Breda to Groningen, was living on his own for the first time and injured his ankle, so he wasn’t able to play for more than 8 weeks. It took him till the end of that season to finally appear in the first team. It was the match against ADO den Haag when he made his debut. A good one…

Soon it became clear that technical director Henk Veldmate had been right. Virgil van Dijk was a great talent and could become an important player for FC Groningen. And that’s just what happened in season 2011-2012. Van Dijk made his breakthrough and became the most important central defender under the new FC Groningen manager Pieter Huistra. So far, so good.

But then..it was the last week of March 2012 when van Dijk had stomach aches. They became worse and worse, so he went to the hospital where they sent him home, saying it was just a stomach flew. But the pain stayed and three days later van Dijk went again, this time to another hospital. Within 15 minutes he found himself lying at the operation table. It turned out that the talented player had appendicites and because of the lack of treatment of the inflammation for several days, his situation had become critical. The doctor told him later that any slightly older man in a worse physical condition could have died from it. Not Virgil van Dijk however. Three months later, at the first day of the 2012-2013 preseason preparation, he gave presence at the pitch and for the next six months he played the best football of his fast moving career.

After these 6 months, we’re talking January 2013, it was Brighton Albion & Hove, a Championship team from England, that was showing an interest in van Dijk. They offered more than 2,5 million euro in the winter transfer window. But Hans Nijland, director of FC Groningen refused to make a deal. The defender was too important for the team.

Determined to make a step up, the dissapointed van Dijk accepted the Groningen answer, but also asked for permission to leave in the summer. This was approved, so his manager could start the search for a club that would be a good next step in a rapid career.

As the 2013 season went on and van Dijk kept his level of performance, several clubs showed interest. Dutch top clubs, Turkish top clubs, a German Bundesliga club and a couple of English Premier league clubs. The Dutch clubs never got really serious though. And then there was Celtic FC. The champion of Scotland that reached the last 16 in the Champions League this season, while beating FC Barcelona at home  in the group stage. The Scotsmen were serious form the start. They came up with a good football plan for the Dutchman and came back with a second and a third offer even after FC Groningen turning down their initial offers.

It was an early Saturday morning in June when technical director John Park of Celtic finally met with Groningen directors Hans Nijland and Henk Veldmate  and manager Henk-Maarten Chin from CiC group at the Hilton hotel at Schiphol Airport in Amsterdam. At the end of the day, there was still no deal. This situation didn’t change for the next five days of tough, tough negotiating. At the Quan we were told that there were exciting telephone conversations between Scotland, FC Groningen and van Dijks management, while driving in cars, standing at Burger King drive inn and straying around in the home garden and living room. But in the end, the clubs finally agreed about the transfer fee. Virgil van Dijk flew to Scotland to undergo his medical on Thursday 20th of June and signed on Friday 21st of June a four year deal with the Bhoys.

Mmh..let’s see what we can learn from this real life story. Virgil van Dijk overcame some rough times and severe difficulties to make a step up, several times. We at the Quan have respect for this kind of toughness. Nothing comes for free, but those who keep on fighting and stick to it, get mostly what they want in the end. We wish Virgil van Dijk all the best in Glasgow and let’s see if he can overcome some more difficulties at this higher level, to become even a better football player and in a few years make the next step up in an already rapid and succesful career.